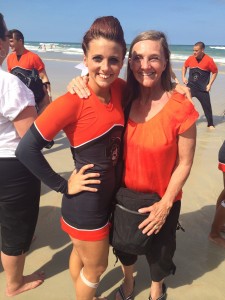 International cheer consultant and coach Debbie Love is famous in the industry for emphasizing the importance of psychology in sports, but she admits that while competing as a college gymnast she wasn’t always a perfect picture of focus and concentration. In fact, she can pinpoint a specific instance when she realized she was relying mentally on magical thinking: “I wouldn’t tumble until I did a little ritual before my pass,” she says. “I had to stand there and close my eyes and say, ‘Okay, Debbie, you can do this. Now go.’ And if I didn’t say it, I wouldn’t go.”

Love trained herself to execute her routine without the mantra and trust the mechanics of her routine by repeatedly assuring herself, “You’re confident; you can do this.” Now, more than 50 gyms per year—including teams in South America, New Zealand and Scotland, along with Louisville-based GymTyme (which she’s affiliated with)—seek out Love’s expertise on mental block, injury prevention and technique. Not only are they the three most common issues squads ask her for help on, but they’re also the subjects 58-year-old Love is most messianic about.

During her days as a student at Memphis State University, Love cheered, did gymnastics and ran track before graduating with a bachelor’s degree in math and a minor in English language and psychology. Afterward, she landed in the computer world, working as a systems analyst for four years. Though she enjoyed her time in tech, Love eventually returned to her passion for coaching gymnastics and cheer and stuck with it—including a decade-long stint as a Level 10 gymnastics judge.

Known in cheer as the “Tumbling Queen” (a moniker derived from her uncanny ability to quickly assess biomechanics while watching tumbling runs), Love recalls the a-ha moment when she decided to focus exclusively on coaching cheer. “In 2005, I went to a competition, and I saw these people doing what I thought was going to be a round-off back-handspring, and [instead they did] fulls and ended up on their faces, and I thought, ‘Oh, my gosh. This industry needs help,’” recalls Love. “And then I went 100 percent into the cheerleading industry and never looked back.”

Since that turning point, Love has focused on touting perfection before progression. “We need to consider the bodies of our athletes first before our own desires,” she says. “I’m afraid a lot of times that doesn’t happen.” 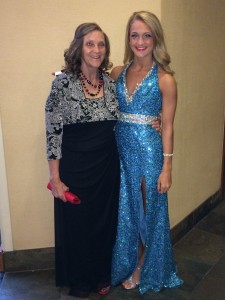 After heeding Love’s advice on safety and teaching mental alertness, individual gyms’ results have ranged from implementing better flexibility training and conditioning programs to better squad cohesion, but one of Love’s favorite success stories takes place on a much smaller scale. A coach contacted her for help with a little boy who had once been an agile tumbler but lost his skills. She helped the coach sharpen his coaching style and alleviate pressure on the child, including instructing him in her “Breaking Free: 9 Steps for Getting Rid of Mind Block” plan. Now, Love says, “[the athlete] has got all his tumbling back, and the coach kept thanking me for changing his life.”

Love’s industry notoriety stems not only from her much-coveted expertise, but also from the fact that her family name is a household one in cheer circles. Her daughters Whitney and Britni, two of six children whom Love home-schooled through high school, have achieved fame as popular “cheerlebrities,” a word Love says she dislikes due to its focus on the individual rather than the team.

“It’s something that we did as a family that turned out to be a really good thing,” Love says. “Between gymnastics and cheerleading, all those things are family activities.”

As seasoned as her daughters are, though, they aren’t exempt from Love’s safety-first instructions. The Loves have their own rule of three that they follow to make sure they grasp new moves. “I have a deal that when I’m teaching a new tumbling skill, they can only try it three times on the floor; if they miss it three times, then they have to go back to a drill or another skill to build themselves up to get that skill,” Love says. “I pretty much do that with every child that I teach. Because I think we keep on trying skills, hoping we’ll get it one time, when what we really need to do is break it down as a drill.”

Even when she’s not on the clock, Love makes suggestions designed to improve conditions for athletes. Case in point: At competitions, including the most recent Worlds, she has noticed athletes sometimes wait a full hour between warming up and performing, creating conditions ripe for injury. As a preventive measure, she has encouraged event producers to put a mat halfway between the warm-up room and the competition floor to re-warm athletes’ quick-twitch muscles. At Worlds, the producers listened—they slowed down warm-ups to reduce backup time.

Love attributes her business success to a certain degree of humility, which she advises anyone interested in becoming a consultant to follow.

“I would just keep your priorities straight,” she says. “It’s not ever about you; you’re a service to the industry. When people see that you want to serve them and that you’re not there for selfish means, they’re more willing to listen. Just make sure that what you have to say is true, current and relevant.”

The approach has worked out for Love. A significant part of her business consists of repeat clients who ask her to return year after year to learn new skills and build on old lessons. (She’s worked with some gyms, like All-Star Elite, World Cup, PowerCheer Athletics, CheerGyms.com and others, for almost 10 years.) Another of Love’s hints? Maintain an open mind when it comes to industry trends.

“Over my lifetime of 59 years, almost everything has changed a whole lot,” Love says. “I think you have to have an attitude of, ‘I don’t have all the answers, and if I don’t know the answer to something, I’m going to find it out.’ So it’s just [having] the desire to just keep learning. I think my favorite saying would be: The day you stop learning is the day you fail.”