The Summit has been a game-changer for the industry—but is it for better or for worse? CheerProfessional looks at both sides of the issue.

As The Summit heads into its third year and large-scale end-of-year events continue to trend throughout the industry, gym owners and coaches are reflecting on its impact. Some gym owners have felt a ripple effect from this rising tide, saying that parents and lower-level athletes are now laser-focused on getting bids to the Summit—but not everyone views this development as a positive one. So what’s the true impact? We spoke with Bravo All Stars owner Adriane Callahan and Cheer Extreme Allstars owner Courtney Smith-Pope to explore various perspectives.

Editor’s Note: Please note that the views expressed in this article are expressly those of our sources and not those of CheerProfessional. 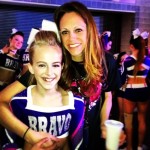 Callahan’s experience with the Summit: We took three teams to the Summit in its inaugural year. Everyone was so excited—it made the athletes feel special and it was well-run. The second year, we brought one team, and again, it was a good event, but we noticed that the culture in our gym changed in regards to the way we competed. We’re a small gym that has always competed everywhere—big competitions, small competitions, even high school gym competitions. [With the advent of the Summit], we started getting resistance to the smaller events from parents, athletes, and even ourselves. They no longer felt worthwhile because there were no big qualifiers; we wanted to put all of our money toward bid events.

On pressure from parents to cater competition schedule to Summit bid events: This year, the Summit is dictating how we compete. We’ve cut our schedule down significantly, and we focus mostly on bid events at this point. The first question I get from parents about a competition is, “Is it a Summit bid?” Before, the questions were: “Who are we competing against? How many teams are in the division? What’s the lighting like?” Now it feels like those things don’t matter, and all of the other competitions have been devalued. Athletes and parents want to be part of Summit teams because they feel like they’re more prestigious.

On whether younger athletes may get burnt out or desensitized to high-level competition: I don’t think that has happened in our gym for the first two seasons we’ve done the Summit, but I’m not sure what it will create this year. I’m a bit nervous of animosity between teams if one gets it and the other doesn’t. That hasn’t happened yet, but now that the athletes have had a taste of what the Summit is like, I’m afraid it could. I don’t want my kids to only find joy in cheerleading if they make it to the Summit.

On the issue of coaches “leveling down” athletes to be more competitive: There is sandbagging all across the board—1000 percent. Why is there a rule about Level 5 athletes crossing over to the Summit? Because everyone wants to take their best athletes and win Summit rings. As much as I’d love to take a Level 4 team and make a Level 3 team for Summit, I wouldn’t do it, but that’s not to say it hasn’t been done by others. In the past, we didn’t have to build Summit teams—athletes came, they tried out, we placed them on level-appropriate teams, and we competed. Now, many gyms are specifically building Summit teams the same way they build Worlds teams. The success or failure of the season was never qualified by one event, and that’s what makes me slightly nervous in future going forward.

The bottom line: So far, the Summit has been a mostly positive thing for us—the kids and coaches have had great experiences. However, going forward, I don’t know what impact it will have on gyms like us now that there is a prestige around it. Families may say, “This is the competitive route we want to take, and if you’re not doing it, we will go to XYZ gym.” It has really monopolized the competition season for me this year, so I’ll be curious to see how the season ends and whether the happiness of our parents and athletes will depend on whether we make it to the Summit. 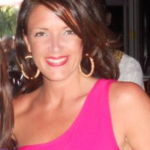 Smith-Pope’s experience with the Summit: At the onset, I was one of the loudest people who wasn’t a fan [of the concept]. My mind was changed last year, when my daughter’s team won a bid and we attended the Summit for the first time. I was amazed by the production level and the professionalism—the event was fantastic. Seeing the level of excitement reinvigorated me as a coach. We get so bogged down with the very top level of the sport and cheerlebrities; these kids are so genuine.

It restored my belief in where we’re headed as an industry, and it was just as competitive as any Worlds division I’ve ever watched. These teams have the same dedication and level of perfection [as Worlds teams]; it’s been a long time since the sport has seen that much of a challenge in a day where everyone wins a trophy. I believe the Summit will only serve to grow our sport.

On whether younger athletes may get burnt out or desensitized to high-level competition: There’s always that fear. I would really like to see the Summit transition toward the Junior/Senior age bracket and away from Youth, Mini, and Tiny teams so they don’t get burnt out. I’d especially love if the Summit incorporated more focus on Junior 5 teams and made that division a bigger deal—if coaches focused on that rather than trying to rush Worlds teams, I believe they’d experience more long-term success.

Overall, I think it would lengthen the career of our athletes if we would consider making the Summit exclusive for Junior and Senior teams.

On pressure from parents to cater competition schedule to Summit bid events: If people think strategically, they’ll realize that this event centralizes talent and makes a more competitive environment all season long. It also gives a heads up to teams that are more developmental for their level, so a coach can say, “This competition offers a Summit bid—maybe I shouldn’t put my brand-new team in that mix.” It’s an opportunity for gyms to offer two different products [to their customers]: one that’s on the [Summit] path, and one that is more about training the athletes.

On the issue of coaches “leveling down” athletes to be more competitive: I think that’s always been the case. There are increasing numbers of teams who are 100 percent competitive with very high-level athletes that have all the maxed-out skills; that wasn’t the case even two years ago. To be competitive [in the future], gyms will have to have a full roster of kids with every skill.

On possible solutions/improvements: I would prefer for Summit bids to be given more regionally to avoid extensive travel costs. My Worlds teams are already traveling far too much this season—at some point, you have to put the brakes on. I can’t imagine the same families having to do that for years leading up to this experience. As fun as the Summit is, you have to think long-term.

The bottom line: I think the Summit gives kids an opportunity to have a major goal on their mind throughout the season, and gyms more opportunity to be successful and legitimate. Imagine how many incredible gyms will come out of this concept! There’s major growth potential and that will increase overall numbers. And the more athletes are in the sport, the more economical it is. Long-term, it will really boost the industry as a whole.