The Price is Right: Presenting Pricing to Parents

Raise your hand if this scenario sounds familiar: a parent pulls you aside after practice and says, “According to my research, your competition fees are too high.” Chances are, if you’re a gym owner, you’ve been there—more than once. With so much information readily available online, many parents are doing their own due diligence to find out what competitions really cost, but they may not always understand the bigger picture. So what’s the best way to handle concerned parents who research fees online and compare them to the fees charged by your gym? 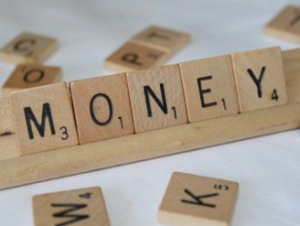 In an attempt to solve that dilemma, Joshua Kennedy, owner of Horseheads, NY-based Intensity Cheer Elite, is trying something new at his gym. To date, he’s always charged parents an annual “comp pack” fee that covers things like competition fees, choreography, makeup, bows and cheer shoes (spread out over eight months), but next season, he’s introducing an auto-payment plan with more options for installments. “We’ll have both a quarterly payment plan and a monthly one to give parents the flexibility to choose which plan works best for them,” says Kennedy. “We’re also moving to an auto-pay system.”

As a seasoned gym owner, Kennedy realizes that getting all of the payments together to cover competition costs can be a lengthy process, so he’s also planning to cover all bases within the total amount for each family: “We always include the late fee of whatever competition we’re attending—nine times of 10, we end up having to pay the late fee anyway, so rather than having to ask for more money later, we just assume that we’re going to pay the fee.”

Despite his efforts to make his parents’ lives easier, Kennedy has received a number of emails from parents questioning his pricing over the years. He says, “I try to be as polite as possible, but it gets to the point where I tell them ‘Look, we’re a business, and we need to be able to operate and pay our coaches, pay our bills, pay our rent.’”

Leslie Pledger-Griffin, owner of Calhoun-GA, based Renegade Athletics, says she hasn’t gotten quite as much pushback from parents at her gym: “I’ve only ever had one parent who actually went online and looked up all the pricing and broke it down and asked me where the extra money was, to which I said, travel, food for the competitions, our hotels, per diems, things like that.”

To keep any drama at bay, Pledger-Griffin charges a lump sum for “competition and coaching fees” and breaks it down into four equal payments, due in August, September, October and November. By November 15th, everything has been paid in full.

Pledger-Griffin says that front-loading fees at the top of the season helps keep everything running smoothly: “It solves a lot of problems that other gyms have [where] they try to make the fees due a week or two before they actually have to pay them, and then they have a hard time collecting that money for whatever reason. In our situation, we don’t start competing until mid-December or even January, so I’ve had this money for over a month, sometimes two months, paid in full, before the competitions even start.”

At High Voltage All Stars in Salisbury, Maryland, co-owner Justine Lathbury tried all-inclusive pricing for the first time this year, and says “it’s the best decision we’ve made.” In the past, the gym charged a bulk amount for competition fees, split over five or six payments, but it was still a figure sitting out there. “This year, there’s nothing that says ‘X amount of dollars is going toward your competition fees.’ It’s just, ‘Here’s your monthly rate if you’re on XYZ team,’ and that’s what you pay. We haven’t had one question this season about any issues with money.” What’s included? Tuition, competition fees, makeup, practice wear and “anything else we want the kids to have.”

However, no matter what measures gym owners take to make pricing more clear, some feel the root of the problem is the fact that event producers put the pricing out in the open—where anyone can see them. Should EPs cave to the pressure and mask their fees? It’s a topic that stirs debate. Pledger-Griffin appreciates having the information at her fingertips, saying, “It’s convenient for me to just look it up when I’m considering a new competition—I can just go to the website and figure it out. I enjoy just being able to go look up the dates and pricing myself; you don’t have to contact anybody or get a secret login.”

Lathbury makes the opposite point, saying, “It’s almost like we’re buying from a wholesaler and then reselling a product or service. I feel like those numbers shouldn’t be available to the whole world. I’m not sure exactly what the right solution is, but maybe having a registration system, kind of like what the dance companies do.“

She adds, “It’s hard when a parent can just go on a website. They look at a price and it says $50, but that’s not always exactly how much it’s going to be. I think it would be better not to have that as public information.”

Kennedy sees both sides of the equation, calling it both a blessing and a curse. “Sometimes with our new parents, I’ll use the information to try to give them a feel. These nationals that we go to charge us from $100 to $150 a kid, [so when] parents challenge us, I can just pull up the company’s website, and they’re like ‘Oh, okay. You weren’t kidding,’” he says. “So it’s come in handy in that regard, but for the most part, I feel it should be private and marketed to coaches and owners, not necessarily the parents.” It’s an issue that will undoubtedly continue to come up, but it’s good to have a sense of how gym owners can approach the discussion.