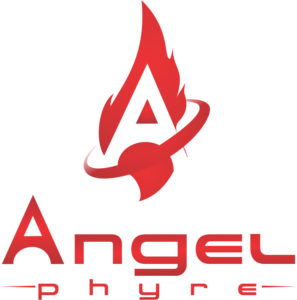 Whether due to changes in the industry or changes in their own lives, some gym owners are making the difficult decision to close their doors. CheerProfessional talked to three of those gym owners, and asked them to share what they learned in the process. See the first installment of this series below:

After running Angel Phyre All Stars in Larkspur, Colorado, for three seasons, owner Jessica Maynard was focused on the future. She moved into a huge new facility, bought an $18,000 spring floor—and then took a good, hard look at her financials and decided it was more practical to close the gym than to start a new season. See what Maynard had to say about how everything changed so fast, and what she learned along the way.

Why did you decide to close Angel Phyre?

Maynard: I started Angel Phyre with $5,000. I didn’t go into debt at all, and we started out really tiny. We did really well, and things started progressing. But for a cheer gym, you need a lot of space—at least 4,000 square feet of open space with no poles—which is hard to find since we’re located in a small town. We ended up moving last December, and I made that move knowing it was going to be difficult. We needed to bring more kids in, because the rent went from $2,500 to $4,600. At the time, I was still debt-free, and that’s how I wanted to stay.

We did really well this last season, before we closed; we got a lot of first [place wins]. We were just getting into our groove of knowing what we needed to win and molding our kids into the way they needed to be. Then we hit a block, and I looked at my significant other and said, “I’m so stressed out about making bills and because I want to make sure my coaches get paid.” I was paying myself maybe $500 a month and working 60 hours a week. I really wasn’t coaching anymore; instead, I was doing paperwork and email and dealing with parents and all these things. Our new facility was so pretty—everything was about angels—but I just kind of hit that point where it was like, “I’m not going to go into debt for this. I can sell all of my equipment and make money, and then I can be done.”

I thought Angel Phyre was a forever thing, but it was the right business move to make. I was so stressed out and putting my family in a state of financial insecurity, and I didn’t want to do that. It was a really horrible weekend; I cried pretty much the whole time. We went over the pros and cons about 3,000 times. We closed the gym on a Monday. The next Monday, I had sold all of my equipment and was completely out of the building. It was really quick. It was a big life change, and it’s very sad. I miss it so much, but I don’t miss the stress of it at all.

How did you tell your athletes?

Maynard: I sent my coaches an email and text first, so they weren’t blindsided. Then we sent an email out to everyone else, and my phone blew up.

How did you deal with parents who were stressed out about the gym closing?

Maynard: When I sent the email out to everybody, I didn’t tell them exactly what had happened. I just said that it was a choice that we made based on some situations and where the gym was going. I said, “If you have more questions, you can personally call me.” I didn’t feel like it was important for all of them to know. Parents called me crying, like, “Oh my god, are you okay?” The majority of the parents were very sweet and understanding. I know some of the parents are mad, but other than that, it was easy, because I had a set idea in my mind that this was what I was doing, and I was fully committed to this decision.

How did you sell the equipment so fast?

Maynard: I used the ASGA Facebook page. I put up the spring floor and sold it in like four hours. The people came from New Mexico in a 26-foot U-Haul, and we pulled it apart, put it in there and they were gone.

Were you able to help anyone who worked at the gym find a new job?

Maynard: One of my coaches was planning on moving at the end of the season anyway, so I knew she was going to be fine. I heard one coach was mad, but she got another job and I gave her a reference. I did anything I could do, but they also weren’t making enough money that it was going to be significant. I paid them $8/hour for four or five hours a week; they all had other jobs. Emotionally, it was more upsetting for everybody. One of my coaches is one of my good friends, and she’s not coaching at all now, and for her, it’s been devastating. I probably should’ve given them more of a heads up, but I didn’t really know until the day before.

What are you doing now?

Maynard: I decided not to work for a couple months. I coach high school, which is not a lot of money, but I love it. I’m not sure what I want to do next. The owner of WSA, Darren, contacted me and asked me to apply to be a judge. So I did that, because I would love to travel and get to judge cheer. At this point, I’m just kind of enjoying life and figuring it out.

What advice would you give other gym owners in your situation?

Maynard: The biggest thing is to make sure that you’re able to live with the decision you make. If you’re okay with having some hard years and going into debt, that’s going to be a life change just as much as closing. Also, look at your financials and be really realistic. How much money is going out every month? How much money is really coming in every month? Where is that money going? Be honest about what the numbers actually are.