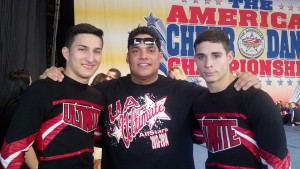 The Debrief: Since this Florida-based gym first launched in 2004, the program has gone from 35 athletes to almost 200 in its Port St. Lucie location, and grown from 50 to 100+ in its second Vero Beach location (which opened in 2010). Successful recruitment and retention of male athletes has played a big part in the program’s growing success, thanks to a free tuition program and strong focus on mentorship.

The Dish: Traditionally, we’d always had a hard time getting male athletes. In 2012, we decided to offer free tuition to all males in the areas of cheer and dance. At first, my wife Sherry didn’t like the idea because she didn’t think it was fair to paying athletes. However, I wanted to share this awesome sport with the boys and couldn’t get them any other way. Their parents just wouldn’t agree to have their kid dance or cheer. So getting the service for free was more appealing for them, and a means of convincing them to at least give it a shot.

Another method we’ve employed is to create an agreement for the boys to work around the gym and become junior coaches. This has been a good way for them to help earn their free tuition; our boys take out the garbage or help paint the gym, and they’ve been amazing.  For younger boys, I recruit them with tumbling classes. By getting them to tumble, that’s how they get hooked. After a while, we’re able to get them to fill in at a cheer practice and try it—and 95 percent of the time they also get hooked on that. The dads aren’t normally quite as enthused, but once they see their boy tumbling and working out alongside the girls, they usually think, ‘Man, this can’t be too bad.’

The bottom line is that free classes don’t help all gyms. I get that. But what we do is right for us. I’m just doing my small part to introduce male athletes to the sport of cheer. The boys bring a different energy that fits so well with our female athletes, and the number of boys we have has tripled from the beginning until now. At the start, we had one or two males and now we have 15 hardcore cheerleaders and dancers. I’ve also noticed our numbers growing in our tumbling classes—we just had some local football players come in to tumble.

Though the age group varies, I think the best approach is to start them young, but good luck on convincing the parents. It’s very tough [to get them in] and that’s why they often only consider it when it’s free. I think the best age for us has been the 14- to 18-year old boys—by then, they make more of their own decisions. Most of the parents don’t even know exactly what they do until we have a showcase or competition. When they see their kid tumble or throw a girl up in the air, the parent is smiling ear-to-ear and is just speechless. It’s pretty neat to watch. I personally mentor each kid as if they are my own. I become the other father figure, and sometimes the only one. 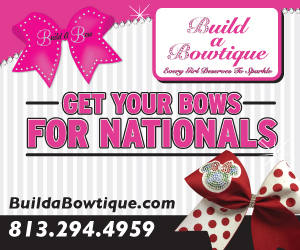 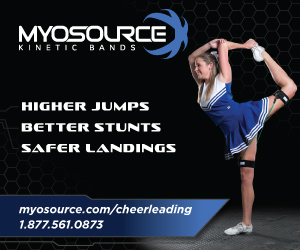