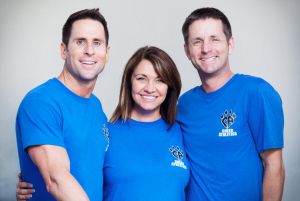 The co-founders of Cheer Athletics eye the wide expanse of blue mat and white-and-blue Panthers in front of them as the speakers thunder the lyrics, “We don’t know how to fail—Small, Medium, or Large, we’re tougher than nails and we’re gonna leave the other cats chasing their tails.” The lyrics are no empty boast: Cheer Athletics is arguably one of the most successful all-star programs in the nation. To date, the program boasts 33 Worlds medals (14 more than the next winningest team) and more Worlds championship titles than any other program—not to mention a long list of resident “cheerlebrities” and illustrious alumni (such as Justin Carrier and Matt Parkey).

Things used to be different. When Jody Melton and Angela Rogers formed Cheer Athletics in North Dallas almost 20 years ago, they were just a couple of coaches with just a few kids practicing on the greenish-brown grass of a city park. Then the kids told their friends, and their friends told their friends—and a powerhouse was in the making. Cheer Athletics took home its first national title in the NCA Open Division in 1995, and the program more than tripled in growth the following season. (Co-owner Brad Habermel joined the fold in 1996.) The “hugs and high-fives” reinforcement and family atmosphere—along with high standards and high ambitions—also helped to attract greater numbers of motivated athletes from the Dallas area and beyond to their gym home in Plano.

“We didn’t have a formal mission statement, but we knew we wanted a team that would be the biggest and the best,” says Rogers of their initial approach. “As we grew, we learned it’s not just about being a great athlete—it’s about being great people. We obviously want to win, but that’s not the ultimate goal. It’s about growing and teaching our athletes to be respectful of themselves, their teammates and other people.”

For years, the partners have toyed with the idea of expanding, and this year, things have fallen into place: Cheer Athletics is opening a second gym, this time in the heart of Austin, TX. (A former CA Wildcat happens to own the 11,750 sq. ft. gym.) Though Austin doesn’t have the same concentration of cheer gyms as other big cities in Texas, Cheer Athletics Austin co-director Gerald Ladner said that he was looking forward to changing the perception of cheer in the Austin area. 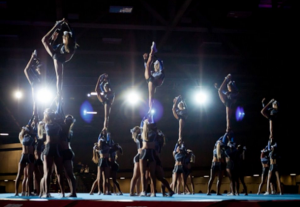 He’ll have plenty of opportunities: so far, the reception has been staggering.  CA Austin—”CLAWstin” to those in the know (or at least the Twitterverse)—went from nonexistent to the biggest gym in town overnight. “We’d been assuming we would start off small, but turnout has been beyond our wildest expectations,” says Melton. On the first day signup for classes were offered, they filled up in three hours, and in its first year, the gym will have seven teams competing.

Amid large-scale changes and growth in all-star cheer over the past two decades, Cheer Athletics has remained one of the industry’s most notable programs. A big part of that success can be attributed to the behind-the-scenes balance: Habermel runs the all-star program, Rogers handles most of the financial duties and oversees retail, and Melton manages the technology and communication side.

“I think all three of us are fortunate that we really complement each other; like the [cheerleaders], we each have individual skills, but I feel like one of us is really strong at nearly every aspect of business, so we’ve always had our bases covered,” says Melton. “We work together but we’re not the same. We all have different strengths and interests and I think that’s led to a really healthy partnership.”

Between the two locations, CA now has 35 all-star teams (28 in Plano and 7 in Austin), and their growth and triumphs don’t look to be stopping anytime soon. So how do those cats stay on the top of their game?

“One little piece of advice: don’t rush to make it easier, make yourself better,” reflected Rogers. “A lot of times it’s very easy, especially in a competitive sport, to look to other variables as to why something might not be successful, when really we should look to ourselves and what our teams are doing.” And with all eyes on Cheer Athletics, she certainly won’t be the only one laser-focused on what Cheer Athletics’ teams will accomplish this year.