Got your blinders handy? Amy Faulkner’s dedication to the Northstar Studios community shines bright. As founder, owner and coach, she has grown the cheerleading studio to become a welcoming beacon in Sunbury, Ohio. Along with being a wife, mom of three and mother hen to all of the Northstar athletes, her tireless devotion to family is evident in the fact that Northstar welcomes cheerleaders from unfortunate backgrounds to cheer for free.

Faulkner first started Northstar Studios in 2008 shortly after her husband returned from a military tour in Iraq. Since then, the business has outgrown two studios to become what it is today: an 8,000 sq.-ft. space that plays home to five teams, 80 competitive athletes, 150 recreational athletes and a lot of community spirit. That spirit has been kicked up a notch lately, thanks to Faulkner’s latest accomplishment: being named “2014 Coach of the Year” by AmeriCheer and CheerProfessional.

As the 2014 Coach of the Year, you received some stellar nominations from Northstar Studio students, parents and staff members. How would you describe your coaching style?

Faulkner: Let me start by saying we have a pretty amazing staff—one thing that I really want to stress is that I could never have been successful without them. My role is more of the emotional aspect of cheerleading: to focus on the individual, to help those kiddos out there having a mental block. [If they’re] not secure or confident in what they’re doing, I strive to build them up and teach them about working together, overcoming obstacles and being their best. I play the more motherly role; I can tell when a kid had a bad day at school. I also hold my athletes to a high standard. Sometimes you have to yell at them and push them even though they don’t want to be pushed, but at the end of the day, I think they always realize it was worth it.

Why are you willing to sacrifice gym income to help athletes have the opportunity to cheer?

Faulkner: I [started NorthStar] as a way to get out of the house and never looked at it as a way to make a living. I wanted to share my passion of cheerleading with those around me and give my experience to girls who weren’t as fortunate. We have surrounding all-star cheerleading gyms that are probably hard for parents to afford, so my original mindset was to build something local where everybody has the opportunity to cheer. I try not to lose focus of that—I have a weak heart for the less fortunate. Several kids do come for free, and not everyone knows who they are. I love anyone who loves cheerleading, and I will do anything to help her or him be a part of it. 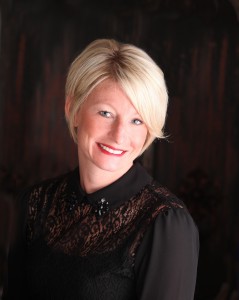 What is your advice for effectively connecting with and inspiring your clientele?

Faulkner: My advice for other coaches would be to stick to your core values and beliefs and standards that you hold for the athletes in your gym. Don’t stray from who you are and what you want the program to become. The right people will surround you and, with that, you’re bound to be successful. I constantly surround myself with the people who lift me higher; as a business owner, I don’t get caught up in the drama of the cheer world. I have times where I have to be both owner and coach. I coach every team at the gym. I run the business aspect of it during the day: meet with parents, do finances, keep in touch with office manager. At 4:30/5 pm, I am on the mat for the rest of the evening. The key is to continue doing what you love. For me, that was coaching. My mission is to touch the lives of those in my community and move on—after being named Coach of the Year, I smiled at myself and said, “That’s part of the mission.”

‹ When Two Become One: Dissolving a Partnership › Keeping the Faith: Faith-Based Programs