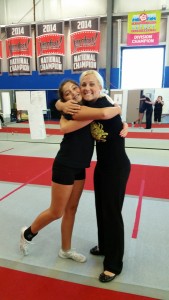 When it comes to team moms, Beth Mundell has her system down pat. Mundell’s team rep program at Fyrestorm Cheer has been in place since the gym first opened four years ago. Currently, the gym has 10 team reps spread across six all-star teams and two rec teams—depending on the age, size, and needs of each team. And it works: “I believe very strongly in the program,” says Mundell. See how she does it in our in-depth Owner’s Manual!

The Dish: I think team reps are one of the most valuable positions you can have [at an all-star gym]; it’s an additional layer as far as point of contact. By calling them “team reps” instead of “team moms,” we allow it to be an older sibling who may have custody or a father or grandparent—it welcomes everyone, as opposed to just the moms.

I often hear horror stories from other gym owners, [probably because] some gyms just choose whoever wants to volunteer. I didn’t have hesitations because I believe that if you choose reps wisely, you won’t have a problem. We’re very particular about how we operate, and we don’t bring on team reps until about three months into the season. During that three-month time period, people who are interested come to us. We don’t open an application process; it’s not that formal. If team reps who’ve been successful in past years are interested in doing it again, we’ll utilize them in the coming year. If someone didn’t work out, it allows us to search for someone who will be a better match. The coach and the team rep have to be an incredibly good match, and their communication styles have to work because that’s the coach’s right hand.

After we meticulously find out who is interested, we explain in full what their days will be like and what our expectations are—both in the gym, at competitions, and outside the gym. We expect them to represent the gym in a positive light and not gossip on Facebook or cause drama. We expect them to solve problems.

The team reps report to my gym director, and parents can then direct their questions to the team reps. Mostly, team reps send out emails and texts, but if we need help during practice, they come in. During competition, team reps are the point of contact—they hand out the schedules, carry first-aid equipment/inhalers and help with bathroom trips. They’re our hands on the mat. They’re not there to coach; they’re there to allow the coaches to coach. 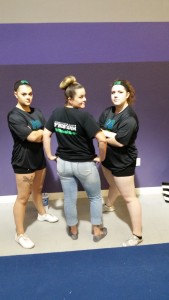 It’s a volunteer position, but we do sign a contract with them that includes confidentiality clauses. They have a little bit of advanced access, and they get to be part of the business part of the company, so I guess that’s a perk.

My biggest piece of advice for anyone thinking of bringing on team reps is to choose wisely. If asked in hindsight, I think every single gym owner who has had issues knew at some point that this person was going to be a problem, or they were warned. When there is a problem, address it immediately. With clear expectations, there’s no grey area there.

The most positive outcome I’ve seen is that the drama and gossip is cut down by a ton. In the contract our reps sign, we are very specific about drama. When I have four kids who need inhalers and injuries, I need somebody that I know will be good in an emergency and be an asset, as opposed to someone who panics.

Overall, I think every single gym should have a team rep—people are afraid of giving control away, but if you choose wisely, it’s a huge help.