When hiring new staff, Kevin Spencer of Southern Kentucky Athletics follows the same litmus test as Facebook mogul Mark Zuckerberg, asking himself, “Would I work for this person?” If the answer is no, then the coaching candidate doesn’t make the cut.

Pretty cut-and-dried, but hiring isn’t always so simple. Finding coaches that demonstrate proper technique, are responsible and share the same values as your gym can often prove to be a tall task. So how do you go about staffing your facility with top-notch talent? We picked the brains of some of the best in the industry to get their secrets on coach recruitment. 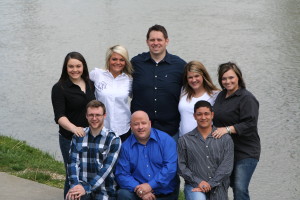 The staff at Southern Kentucky Athletics

For Spencer, it comes down to what he calls the “Four P’s” of hiring: punctuality, professionalism, positivity and productivity. The first three are non-negotiables, but he’s willing to be somewhat flexible on the latter. “When you get to the productivity part of it, you can fix that through teaching them,” says Spencer. “But those other three traits, you either have them—or you don’t.”

Many gym owners require their coaches to come USASF-certified, but Pride Cheerleading’s Matthew Kyser is willing to look past that for the right character traits. “I have never turned a coach down for not having their certifications,” he explains. “I’m a firm believer that everyone must start off somewhere. If I feel that a coach is a strong leader, knowledgeable of the sport and a good fit for our family, I will invite them to take a coaches’ clinic with myself and shadow our staff.”

For Kyser, that philosophy translates to a prospective employee’s level of qualification as well. “I have known some very talented coaches who could coach any level; however, their personalities were not a match for that team,” he explains. “I have learned through the years that experience is not the only criteria to take into consideration.”

As far as where gyms recruit from, smaller programs like Southern Kentucky Athletics wisely focus on promoting and training from within. “Very rarely will we be able to pull people in from other programs, especially since we’re a smaller community and it’s not as appealing to outsiders,” says Spencer. But when he does recruit externally, there is always a background check involved. “You’ve really got to cover your butt nowadays because there are some crazy people out there,” he adds.

Other gyms choose to recruit out-of-state coaches to pump up their staff potential, but it’s important to fully vet a candidate before making the investment. Just ask West Virginia Cheer Academy owner Kayla Wygal, who had a horrible experience recruiting an out-of-state coach who’d answered her Twitter ad. The first red flag? He’d refused to include his past gym as a reference.

“I asked him why, and he said, ‘Well, we just had irreconcilable differences,’” she explains. “He was 21 years old and our kids liked him, so we called his other references and they all gave him a great report.”

But six months into the coach’s employment, things took a negative turn, says Wygal. “He lied to us and to parents. He snuck and did private lessons. We even found out later that he was Snapchatting inappropriately with our girls and made a lot of our seniors feel very uncomfortable.” 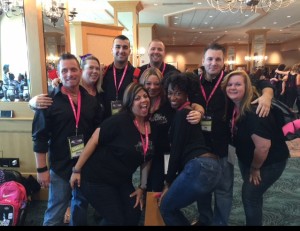 The staff at Pride

In light of such situations, many gym owners, like Spencer, suggest putting coaches on a trial period before handing over a full-time contract. At Southern Kentucky Athletics, all new hires are put on a 90-day trial, during which they can be released at any time. “While on the trial, they will always be working with one of our veteran staff; for 60 days, it’s like being an assistant coach and shadowing,” says Spencer. “Not until those two months are up do they get to teach a class on their own.”

And once new employees are on board, it’s just as crucial to keep sharpening their skills and giving them opportunities to learn from their competitors. Southern Kentucky Athletics sends its staff to yearly seminars such as JAM U, Varsity Coaches Conference and USASF regional meetings; Spencer also swears by the ASGA Facebook group, where he believes cheer professionals can learn best practices.

He also aligns his organization with other gyms to in order to advance his staff’s productivity. “We’re actually taking our entire staff to the Cheer Athletics facility soon to do some training and to see how they run their practices,” he explains. “They have a great program, and we have a lot we can learn from them.”

When it comes to recruiting solid coaches, all gym owners have their own techniques, but finding what works for your gym is the key to upping your staffing game.