Around the World: All-Stars Abroad

In 2007, Newsweek covered the growing popularity of cheerleading outside of the United States, citing globalization as a major factor. They attributed this spread to the fact that ESPN International has been showing U.S. competitions globally since 1997. They also credited movies like Bring It On as reasons for cheer’s popularity in places like Japan and Australia. Add to that the fact that NFL teams brought along cheerleaders when they played overseas, and “you get a wave of kids attracted to modern cheerleading’s athleticism and élan.” 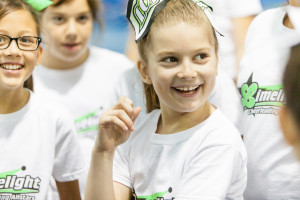 Nine years later, this trend is stronger than ever before, and it’s evident at Worlds—in 2015, teams from Canada, Mexico, Australia, New Zealand, England and Thailand placed right up there with the leading U.S. competitors. The number of countries participating has quadrupled since 2007 and is expected to hit 40 countries in 2016.

In less than a decade, cheerleading has gone from a predominantly American sport to an international phenomenon, and U.S. coaches are finding more opportunities to teach and train athletes overseas as a result. After all, America has long been considered the dominant country at Worlds, and athletes and gym owners in other countries tend to look to the U.S. cheer community for inspiration and guidance.

Several coaches have taken advantage of this global cheer fever by offering classes and clinics abroad, or in some cases, moving out of the U.S. to open a gym. Just ask Jerry Ozuna, who has traveled to Australia and Canada educating up-and-coming coaches and choreographers and working with athletes. “It was a breath of fresh air to step into another part of the world and work with pure passion-driven athletes and coaches that are so thirsty for knowledge and who want to grow the sport of all-star cheer,” says Ozuna, formerly of Cheer Athletics. “It really did take me back to the love of cheerleading.”

His overseas opportunities came about mainly due to networking. But creating a personal brand is important as well, Ozuna says. “Before you know it, opportunities will begin to find you,” he says. “The cheer community has a way with helping each other out.”

Like Ozuna, Oklahoma Twisters owner Craig Hallmark’s early opportunities came about via networking. A coach he knew couldn’t make his annual trip to Finland to coach, so he contacted Hallmark and his business partner Jeff LeForce. “We jumped at the opportunity to work in Finland,” says Hallmark, who has also taken gigs in Mexico.

Every coach’s experience outside of the U.S. varies, but most opportunities do come from good old-fashioned networking. Putting the word out that you are interested in working abroad is a good start, as is fostering relationships at competition with coaches and gym owners operating outside of the country.

Matthew Brown, co-owner of Chicago-based Cheer Destiny Allstars, has developed programs in Finland, Mexico and Chile. He says that the organizers he has worked with in each country have been “insanely efficient” when it comes to helping him understand their scoring systems and how they teach athletes. Before heading to another country, he makes sure his style of coaching is “conducive to what they are looking for while maintaining the ‘perfection before progression’ mindset I instill in all of my athletes.”

He also takes the time to study the language a bit before he travels—to ensure that communication will be smooth, and out of respect for the culture. Many coaches emphasize the need to be respectful of whatever culture you happen to be stepping into, which often means asking questions, doing research and learning at least a small bit of the language. 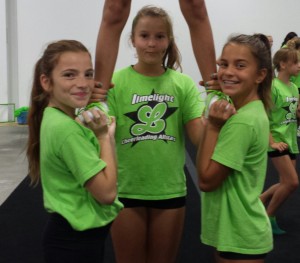 If the headaches and paperwork of traveling out of the country to coach sound like a dealbreaker, Brown, Ozuna, and Hallmark stress that if you are going to work for a short amount of time (in most cases, a few weeks) you do not need to bother with bureaucratic paperwork and visas. You really just need a passport, plus any contracts you have signed with your host gym. If you plan to spend six months or more out of the country working, you will need to apply for special work permits.

Jerry Mauldin, owner and director of Limelight Allstars in Vaughan, Ontario, moved to Canada nearly eight years ago on a work permit to become the director at a cheer gym near Toronto. He says that he did have to deal with a lot of paperwork to get approved for the visa; after securing it, Mauldin then worked for four years on the permit before becoming a permanent resident and opening his own business.

“I was lucky to forge relationships that lasted for years,” Mauldin says of his experiences all over the world. “I have been to Japan nine times, Costa Rica five times, Sweden three times…” He has also judged competitions in the Bahamas, Mexico, Scotland, Japan and Taiwan and has taken teams to compete in England, Mexico and Germany.

Once you’ve put the word out, networked and landed an opportunity to go teach outside the U.S., the next step is to master the ins and outs of negotiating your contract and make sure that both parties are 100 percent clear about the details. The contract should specify payment, work hours and the expectations surrounding your visit—you do not want to arrive in another country assuming you will work three hours and day and finding out they want you there for eight. Also, make sure that the rate you are negotiating is in U.S. currency, not the currency of the host country. Many coaches say the time differences can be brutal, so it’s important to be prepared for that as well.

As far as payment, some overseas opportunities pay a decent rate, and some do not pay at all, but many coaches say it’s worth it because flights, meals and lodging are provided. The chance to see another country, experience their passion for cheerleading and make contacts across the globe is valuable of itself. Brown cautions coaches not to take advantage of these opportunities as simply a “free vacation,” though. “You are an influence to their athletes, coaches and to anyone watching while you work,” he says. The takeaway? Remain professional, even if you are getting a free trip to Finland or Australia.

There are a growing number of opportunities in other countries due to the ever-growing popularity of cheer around the world. “If you have the resources and time, then I say go for it,” Ozuna says. “Go see the world and spread your knowledge. You never know what a small seed can grow into until you put in the work.”