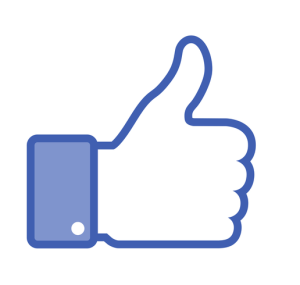 Late uniform delivery, missing music, and flaky vendors, oh my! If any of this sounds familiar, you’re not alone. Choosing a qualified vendor for uniforms, music or choreography can be a lot like speed dating—there is much information to process in a short amount of time and, even if you are hopeful about the relationship moving in the right direction, sometimes it just doesn’t work out.

CheerProfessional spoke with Bridgette Crosson, owner at Kansas-based Cheer Fire, and Shiela Perry, owner of Mississippi-based Cheer Zone Athletics, about their recent vendor snafus and what they learned from their experiences.

Open the lines of communication. For Perry, communication is key. “We had problems the year prior with our uniform vendor,” Perry explained. “In their emails to me, they’d promised the mistake—a factory issue—had been corrected, so we decided to go ahead.” But when the uniforms failed to show up on time, Perry’s optimism was crushed and she had only an email address as a contact, which left her feeling unheard.

Crosson had a similar experience to Perry’s, but overcame her late delivery date by bypassing the representative and talking directly with the company. When the warm-up suits for two of her teams arrived more than two months late, Crosson felt she was better equipped to resolve the situation because of her relationship with company management. “Going direct to the supplier was more responsive,” she says. “I felt [the company] understood the value of customer service.”

Be selective. Crosson admits it’s easy to fall into the “busy trap” when it comes to taking time to review uniform options or interview choreographers. When she was initially looking to hire someone to arrange music for her teams, she went with the first person she had contacted. Unfortunately, he never returned the final music Crosson paid for and, instead, she had to rely on stock arrangements. “Now I recommend interviewing several,” Crosson says. Compare the services offered and ensure they align with your expectations, and then make a decision based on facts rather than who is first.

Have a written contract. While this seems obvious, it isn’t always the practice. “Having a contract we both [Crosson and her vendor] sign is important,” explains Crosson. A contract provides “a clear outline of what the deliverables are,” including timing and details of the order. It also provides a plan for correction, resolution and even refunds should things not go as designed.

Negotiate payment terms based on delivery. While many vendors insist on upfront payment before delivery of products and services, Crosson recommends negotiating away from these traditional methods. She learned the hard way: When a choreographer didn’t provide the routines and music he’d promised despite being paid upfront, Crosson realized she needed to regain control. Now, instead of relying on traditional business terms, Crosson negotiates. She agrees to pay when the services delivered match what is promised. “When a choreographer’s routine is not quite up to par, we talk about it,” Crosson says, adding that together they review expectations and she requests any necessary changes before “I hand over that last installment.”

Take to social media and ask for references. Perry’s uniform situation left her feeling helpless. When her shorts eventually arrived, the order was wrong—leaving her team with a mismatched look that didn’t convey the appearance she’d wanted. She was frustrated at the lack of communication with her vendor and posted her disappointment online. “Within 20 minutes, a manager with the company called me,” Perry explained. By then, it was too late.

In Perry’s hunt for a replacement, she asked potential vendors to provide customer contacts for use as references. “Not only for quality and customer service,” she says. “But also how quickly they respond when things don’t go as planned.”