Behind the Merger: East Celebrity Elite 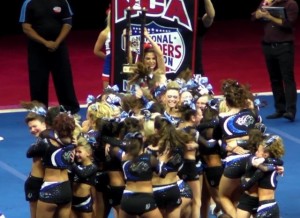 As the divide between small and large gyms grows wider, it’s not uncommon for gyms to merge in an attempt to pump up profits and competitive power. On the surface, the reasons to merge seem clear—building a larger membership base or having the means to form a stronger coaching staff. But dig deeper and you’ll find that a number of other motivating factors are often at play, from strengthening the local cheer community to wanting to benefit the athletes. For our “Behind the Merger” series, we caught up with three gym owners who opted to merge and discovered the real deal behind making the challenging yet rewarding move to become one. See the first in our series below!

Reason for merging: Remaining profitable in a challenging economy

Cheryl Pasinato, former owner of East Elite, discusses her gym’s 2009 merger with Celebrity Cheer and the payback of moving forward. 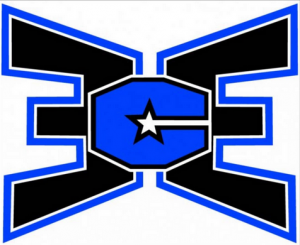 CP: Why did you decide to merge?
Pasinato: It was a mutual merger [between East Elite and Celebrity Cheer]. I knew them for a while; we were two of the biggest gyms numbers-wise in the area. But when the economy took a downturn, we both started to lose kids.

CP: What was the motivator, aside from the economy, to merge with Celebrity Cheer?
Pasinato: To stay competitive nationally, we felt we needed to do something. It was to position our gym as a bigger, non-local program competing at the national level. We also had a philosophy to offer our kids the best coaches and the best staff. With diminishing numbers, we didn’t think we could do this on our own; we felt we had to merge.

CP: Describe the landscape before merging.
Pasinato: We were 8-10 miles away from each other and, if a kid didn’t make it at one of our gyms, they would go to the other one. People [parents and kids] started to create competition between us. We were the worst rivals ever. Our staff didn’t get along; we were really competitive with each other. Essentially we merged with people we didn’t even speak with—but we did it for the business and the kids.

CP: The merger must have been challenging. How did you make it work?
Pasinato: We both had strong staffs with different philosophies and strengths. But we felt we could learn from each other. We also felt we could use each other’s strengths to come up with the ideal program. For instance, tumbling coaches are hard to come by, so combining our coaching staff would benefit our kids. It was a better talent pool.

CP: What else made the merger challenging?
Pasinato: Selling it to the parents. For the most part, everyone was excited after we made the announcement, but we had been rivals for all these years who wanted to beat each other. After a couple months, there were indeed issues, but mostly with the parents (loyalty-type issues on little things).

CP: How so?
Pasinato: It was pride-based—things that kept the parents separate like colors and competition. We had pride in our [respective] identities and names and our colors, but this went away after the first year because the kids had a really good year.

CP: What was the key to making it work?
Pasinato: Compromise. There was a facility issue: [Celebrity Cheer’s] was cheaper and more centrally located. We felt bad for the kids leaving their gym behind, but we had to compromise. We did things to help the kids feel comfortable, such as using their [East Elite] colors. We talked to the older kids and told them we needed their support to make this work and for them to be examples to the younger kids. We merged right after tryouts and kept all the teams separate except the minis and Junior 5 teams. After the second year, we merged everyone.

CP: Any other examples of how you compromised?
Pasinato: We were more conservative about attendance; they weren’t. Together we adopted a [joint] policy that was less conservative but one that motivated everyone to come to practice.

CP: What was most surprising to you after the merger?
Pasinato: What surprised me most was how the four of us [the original gym owners] got along. We all had these ideas about each other; that we were so different. But as we came together, we realized we were more similar [in our business and coaching attitudes]. We all had the same goals too: providing a better experience, fostering growth and more profit, making [cheer] a career.

CP: How has the merger made you more competitive?
Pasinato: We have a lot of different levels now—division and age groups at every single level. We are giving kids the opportunity to progress using their skills and offering them more opportunities.

CP: What is your advice for other gyms considering a merger?
Pasinato: I think you have to consider the reasons why. If it’s financial, that’s good; if it’s for a better name, that’s not a good reason. The name doesn’t necessarily bring the kids. A good reason is to be competitive and have more resources, such as revenue and cash flow.

‹ Vision Boards: Your Success GPS › The Secrets to Moonlighting