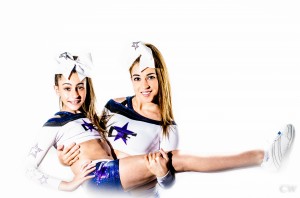 Between long practices and mounting anticipation, the months leading up to a big competition can often be riddled with stress—especially for younger athletes who are new to the sport. That’s a big part of the reason Cody Woodfell decided to introduce a “Big Sister” program at his Sunrise, FL-based gym, Cheer Factory.

“The payoff is so late in the season, and the older girls really help the younger ones through that,” said Woodfell, who pairs more seasoned senior athletes with Level 1 newbies. Throughout the season, the big sister will pop notes into her sibling’s gym cubby or hand out small gifts. Adds Woodfell, “It’s all about encouragement and camaraderie, and [the program] works really well.”

At Jacksonville, FL-based GLAM Cheer and Dance (a Christian-based program), Holly Koonce has designed a similar arrangement for her athletes—one that has evolved from a note exchange among big and little sisters to more intimate gatherings where the families can get to know each other as well. Events have ranged from beach days to picnics to fall pumpkin carving parties.

A cheerleader since she was just 10, Koonce knows all too well how much younger girls admire the more experienced athletes. She has seen the interactions among the big and little sisters and believes those relationships improve motivation and focus, which “makes a big difference in their days.”

Kerri Fey, owner of Allstar Cheer Academy located near Scranton, Penn., had a similar setup among older and younger girls, but noticed last season the athletes’ natural competitiveness was usurping the big sister program’s objective. “The gift giving turned into a contest,” she said. “There were some hurt feelings.”

Fey decided to enlist help, instead, from her booster club who now purchase the same treat for each girl—anything from a hair bow to a goodie bag with a granola bar—and the girls exchange those items on competition days.  Now dubbed “Spirit Sisters,” the program is “more about supporting each other and providing a connection to another athlete whom they may not know, particularly on competition days,” shares Fey. 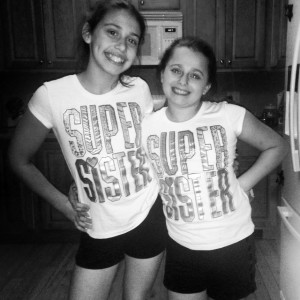 When it comes to matching, Fey has found success by pairing girls with different personalities, girls who attend different schools or those who are from diverse backgrounds.  She believes that matching opposites helps to build new connections and friendships—ultimately fostering stronger bonds gym-wide.

Woodfell agrees, saying that without programs like this, girls often don’t have the opportunity to get to know those on other teams—even in their own gym. They’re able to build each others’ morale, empower one another to try new skills and talk through issues that may take place off the mat. The Cheer Factory athletes keep their same “sibling” season after season, so they bond exponentially over time. “I know the older athletes get just as much out of the program [as the little siblings],” says Woodfell.

One other major benefit to having a big sibling program, according to Koonce? “It makes things fun, too!”