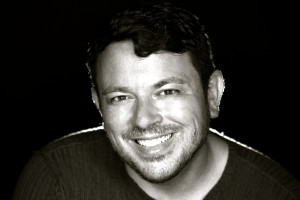 “We had seven girls in the air—three became the table and one dealer,” says Parrish of the quasi gambling-themed routine for the California All Stars Aces. These and other memorable routines have solidified Parrish’s spot in the choreography history books. And his exacting schedule proves it.

“I’m booked for summer 2016,” says Parrish, 44, who choreographs full competition routines that include skill assessment, stunts, pyramids, dance grooves and, of course, the out-of-the-box ideas that have teams in New Jersey, Pennsylvania, Florida, Nevada, California and elsewhere coming back to him repeatedly. The cost? $3,500.

Always “44 eight-counts from beginning to end,” Parrish’s routines are often inspired by off-season travels to acrobatic competitions in Europe and Cirque du Soleil performances. Otherwise, Parrish calls on his many years as an Atlanta gym owner to develop routines that athletes will nail—every time. While some choreographers expect “the tumbling or talent fairy to show up in a month’s time,” Parrish takes a realistic approach to working with teams. Says Parrish, “I’m not going to create a routine that I hope the cheerleaders will hit.”

His motivation is simple: “I don’t want anyone to fail. It’s not good for business.”

And it’s not just all-star cheerleaders lucky enough to sweat out the fruits of Parrish’s labor, although gyms do account for about 50 percent of his clientele. High schools, colleges including Boston University, TV shows like “Vampire Diaries,” MTV and Universal Dance Association have all enlisted services from Parrish.

Not bad for a former University of South Carolina cheerleader. But long before college cheerleading took hold, Parrish was turning cartwheels and dancing through the fields on the Ty Ty, Georgia peanut farm where he grew up. “I was the Billy Elliot of South Georgia,” says Parrish. “My creative IQ is pretty high.”

And while he had every opportunity to fuel his dance and imagination outlet, many children aren’t so lucky. Reading about cuts to many school arts programs saddens Parrish. That’s why he lends his skills no charge to a few area high schools—in the hopes that the next fashion designer or Broadway play performer will uncover his or her creative muse.

Harnessing creativity is also why, in April 2014, Parrish sold his successful Atlanta gym, Georgia Allstars, to embark on a full-time choreography business. “My coaching career ran its course,” says Parrish, who had grown weary of the all-too frequent gym hopping among athletes hoping for nothing more than a coveted spot on a Worlds team. Those who bounce among high-profile gyms are missing out and burning out, says Parrish, on the less tangible but hugely important benefits of being part of a team long-term. “[They’re] all Worlds and winning,” he says.

He adds that dancing has taken a backseat when it comes to all-star routines, eliminating a lot of opportunities for athletes who may not be the strongest tumblers or stunters but who contribute to the overall routine on a different plane.

So Parrish is putting more energy into pursuing his other passion, a creative think tank of sorts called Bold & Dash. The company offers various marketing services (including choreography, of course); one event in New York City included 300 dancers and 100 life-size lizards. Bold & Dash also provides insight into two powerful groups that Parrish knows intimately: teens and millennial moms. After all, spending hundreds of hours the last two decades working with cheerleaders and their mothers is practically a study in anthropology. Cheerleaders are influential in terms of what they wear, drink, eat and Tweet about, and Parrish knows this. Fortune 500 clients want their attention—and Parrish knows how to get it.

But at the end of the day, there’s one thing that keeps Parrish—once voted ESPN The Magazine’s Top Cheer Choreographer—going, and that’s working with teams to help them succeed.

“Cheerleading is in my heart,” he says.