“If you’re not prepared to put TEAM first, turn around.” 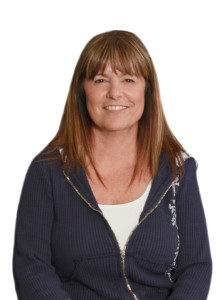 This is the motto of ICE All-Stars, and a slogan that hangs on a banner in the windows of all three of Darlene Fanning’s Illinois- and Indiana-based gym locations. It’s a mentality that’s gotten the ICE program founder far since launching her first location in 1996. “Next year will be our 20th anniversary,” says Fanning, who got her start as a high school coach before making the transition to the all-star world.

When ICE was first established, Fanning found herself with 50 athletes and three teams. Over the last two decades, she has expanded to two other prominent Midwest locations and now has a roster of 800 athletes across 37 teams. She credits her initial success to ICE’s ideal location.

“You have to be in the right area,” she explains. “I’m amazed at how many gym owners are in a small metropolitan [town] where they think they are going to get 300 athletes. It’s not possible.”

Fanning, who also owns an exercise facility, says that she looked to the fitness industry as a guidepost. “Only seven percent of the population goes to a gym,” she explains. “Cheerleading is less than that. So you have to look at your area and realize if you are in a town of 15,000, you are not going to have a gym with 500 kids. You have to go to bigger areas or be fine with running a smaller program.”

Once she honed in on a location, Fanning began to focus on properly developing her teams. “It came with a lot of educating parents and kids and just working skills,” she explains. “If you’re successful, people see you at competitions and that makes a statement.”

Another area of focus was to hire a solid staff. “The best staff is homegrown—ones that you’ve trained. A lot of mine have worked for me for a long time or been in the program under me,” says Fanning. And when recruiting from within is not an option, the ICE owner scouts for coaches bearing that “natural ability” to guide athletes.

After growing to 70 athletes, ICE finished in third place at Worlds. And from there, the program continued to expand into the budding powerhouse that is it today. At one point, Fannin 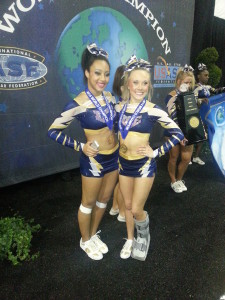 g found herself managing six gym locations, but she has since scaled down and shifted her primarily focus towards her three most promising gyms. She’s also learned the importance of treating her program like a business.

“Sometimes we emotionally get involved with the kids, so it’s hard for us to let a kid go because they can’t pay,” says Fanning. “But this is my theory: if they can’t pay, then they can do a job in the gym—sweep the floor, clean bathrooms, run stunt classes. They can work, but giving it to them for free is not okay and not fair to all the other athletes in your gym that are paying. Treat it like a business from day one and don’t treat certain kids more special than others.”

Having been in the all-star game since the early days, Fanning has seen a lot of changes over the years. “The biggest thing that’s changed for me is social media and how quickly you can see everyone’s routines and what they are doing,” she explains. Fanning mentions that sites like Twitter have allowed her to gain access to videos and information about current trends and cheer routines, as well as gain exposure for her gym.

Such technological advances, however, have also come with a dark side. “It starts rumors and a lot of negativity,” she explains. Thus, ICE has established a rule that athletes and coaches are not allowed to make social media posts about their gym or others without Fanning’s permission. “This helps keep things positive so we can focus on our routines and what needs to be done on the floor,” says Fanning.

Another issue she’s seen in the last few years is the attitude of the millennial generation. “I started with almost 20 years and the generation now are very different. It’s a more entitled, more ‘everyone needs to win a trophy,’” says Fanning, who works to foster a healthy competitive nature by teaching her athletes that they won’t always win—and that hard work and perseverance are the best ways to combat defeat.

Such was the case with her 2015 Lady Lightning Small Senior 5 team, who went into Worlds ranking third but experienced falls, which ultimately placed them in ninth position. “I learned lessons from the losses, and I feel like the kids did, too,” Fanning explains. “But I think the best thing I’ve learned is to gauge what the teams can hit because nothing makes them feel worse than walking out of a routine that you know is too hard for them. If they are not hitting five out of five times in practice and you put them on the floor, of course something is going to fall. You might as well go with an easier routine and hit it and build up to the difficulty so that you don’t lose their self-esteem along the way.”

Fanning has also come to realize that teams will always have a mix of stronger and weaker athletes. To bridge that gap, Fanning has her girls focus on what they can bring to the table. “We did three days of bonding this year with the different teams,” she reveals. “Each girl put on a poster what she brings to the team. Certain girls don’t have the tumbling, but they are a really good back spot, a really good base or have really good jumps. So they might say, ‘I might not excel at that stunt, but I can make sure that my jumps are about level and that my stunt never comes down.’ We look at, ‘What are you bringing to the team?’ At that point, nobody gets upset that these girls aren’t throwing as much because they know that they are bringing other things.”

Fanning’s approach seems to be working. The gym’s Small Senior Coed 5 Thunder team took sixth place at Worlds this year, on the heels of a first-place finish in 2014 for Lady Lightning. Her secret to running three successful locations? “Get good people…and stay as organized as you can,” she says, with a laugh. And, of course, put TEAM first.

‹ Keep Your Eyes on the Prize › Mom’s the Word