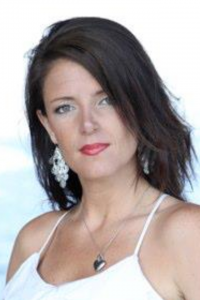 Anyone who encounters Cheer Extreme All-Stars’ Courtney Smith-Pope need not wonder where she gets her effervescent passion for the sport—after all, it’s all in the family. Her mom and co-founder, Betsy, acts as the financial and admin guru for all 9 CEA locations around North Carolina, while her sister, Kelly, oversees its Raleigh and Greenville locations. She first met her husband of 10 years, Ben Pope, back when he owned a Premier Athletics gym in Asheville—today he runs CEA’s Winston-Salem location and coaches tumbling and stunting, while their two daughters cheer at the Kernersville location (which Smith-Pope calls “the mothership” of the operation).

And at the center of it all is Smith-Pope, the feisty nucleus that acts as the face and creative force behind CEA. Named USASF’s “Coach of the Year” in 2009, Smith-Pope has brought CEA to international recognition—with her teams taking home gold medals from Worlds in 2010 and 2012. “People buy our T-shirts from 62 different countries from my mom’s little store—orders come in from Seoul, Singapore, South America and Canada,” shares Smith-Pope.

Part of the program’s notoriety comes from Smith-Pope’s considerable social media presence—she has amassed more than 6,300 Twitter followers and partners with online channels like CheerLIVE to air the annual CEA showcase. (Her Facebook photo is a close-up of her eye with the CEA logo imposed.) “Jeff Webb told me I had a social media addiction—to which I responded that he needed to get with the program,” she laughs. “I’m not personally visible in our 9 locations every day and that’s the way kids who cheer for me can contact me. We’re lucky that the Internet provides that visibility and [opportunity for] commentary; it’s important to have a great image virally.” 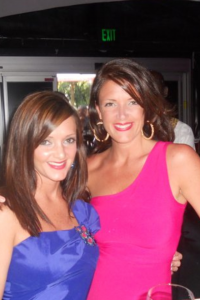 Pope and her sister Kelly Smith

Though CEA is now considered one of the industry’s premier programs, it stems from somewhat humble beginnings. Smith-Pope originally aspired to be a gymnast, but fell in love with cheerleading in middle school. When her sister wanted to follow in her cheering footsteps but couldn’t find a team, Smith-Pope and her mom decided to start a recreational league. “Soon 20 of the best rec kids were paying $5 apiece to practice in our backyard,” she remembers. “That was in 1993 and I was 14.”

By the time Smith-Pope was cheering at Wake Forest University, the newly minted all-star program was practicing out of a gymnastics facility—she traveled home to be there every Sunday throughout college. As a biology major, Smith was poised to enter medical school, but true to form, cheer intervened. “We had 80 kids going into the last tryout before I took the MCAT, and 150 kids showed up [to try out],” Smith-Pope remembers. “With each of them paying $10/practice, I decided to make a go of it.”

As CEA has grown over the years, the self-described “cheer fanatic” has kept that homegrown mentality—and partly attributes it to the program’s success. “Being so young, I got to watch a lot of people make a lot of mistakes, like building a facility you can’t support,” she shares. “I saw a lot of people go out of business who were working just to make rent. In the model we have, we’ve never not made a profit—everything we do is related to the number of kids we have.”

This translates into a business model in which many of CEA’s locations are based inside gymnastics facilities (the two entities split the tuition, with CEA providing staff and running the program in exchange for space); Pope-Smith then pays her employees per athlete coached. “They work for retention, not by the hour,” she says. “Everyone gets to feel like their own boss that way and see the effects of their hard work.” 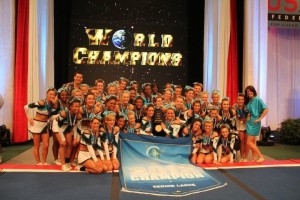 Riding the momentum is another key to CEA’s longevity. On the heels of last year’s Worlds win, Smith-Pope recently opened a new location in Charlotte and has surpassed the 1,000 athlete mark across all locations. She’s also in the public cheer eye thanks to her outspoken co-leadership of the All-Star Gym Association, which she helped start in 2008 but blew up in membership and visibility last year. It’s all part of Smith-Pope’s bigger mission to spread her love for the sport: “I hope to inspire new entrepreneurial event producers and new ideas—people coming into the industry with passion and love,” she says. “We’re all part of a rising tide. It’s time for a return to the optimism that inspired [this industry’s] growth in the 90s.”

With Smith-Pope at the helm, anything is possible.

‹ Industry Reaction to GrowCheer.org › Class Act: Get an “A+” in Throwing Specialty Classes and Clinics