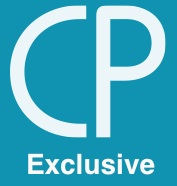 CheerProfessional has learned that seven industry companies (Cheer Zone, GK Elite, GTM Sportswear, Motionwear, Nfinity, Rebel Athletic and Team Cheer) have united in an effort to facilitate the USASF’s independence from Varsity Brands. Their plan includes assuming the USASF’s loan from Varsity, revising the Board of Directors and moving the USASF office and employees to a neutral location. Read their full proposal and react in the comments section:

Proposal to the United States All Star Federation

GrowCheer.ORG is a group of unrelated industry companies with a singular purpose – to grow the sport of cheerleading.

As such, we believe that the first (and most important) step in fostering future growth in our sport is a FREE and INDEPENDENT United States All Star Federation (“USASF”).

How are we going to accomplish this?

Central to our plan is to replace the current loan(s) that the USASF has with Varsity Spirit Corporation and/or affiliated companies (“Varsity”).

It is understood that the reason Varsity controls a majority of the seats on the USASF board and why Varsity owns the trademark of the USASF is to secure repayment of these loans.   We firmly believe that in order to have a unified industry, no single organization should be unduly influenced by and/or controlled by another.

We propose to assume the loan with essentially the same financial terms that Varsity has given to the USASF.  We are prepared to do this immediately after the 2013 USASF Worlds competition.

Other key provisions relating to our plan are as follows:

1)   Require an immediate external audit of the USASF financials by an independent accounting firm that we mutually agree on.  We will bear the cost of this audit.

2)   All USASF property held in lien as security for outstanding loans with Varsity, including but not exclusively intellectual property (i.e., trademarks), would be released to the USASF.

3)   Immediate rewriting of the Articles of Incorporation, By Laws, and Operating Agreement to abolish all permanent Board of Directors seats and create a provision for an organized election to be conducted as soon as practical.  The new Board of Directors would be composed of equal representation among all segments of our industry – gym owners/coaches, event producers and industry vendors.

4)   Future production of USASF World competitions would be granted to a qualified event producer after an open bidding process administered by the Board of Directors.

5)   The office and employees of the USASF would be moved to a neutral location in Memphis.  If necessary, we would subsidize payment for the office space until it could be supported by the cash flow of the USASF.

6)   After the first year, or as soon as practical, the Board of Directors would interview and select a professional management company to assume the day-to-day operations of the USASF.

7)   The USASF would be reorganized as a 501(c)(3) non-profit organization that is recognized by the IRS as such.

We believe very much in this industry and recognize Varsity for its past foresight and support, but we have come to a point where we can no longer afford to see our governing body indebted to and controlled by a profit motivated company with a clear conflict of interest.  In a time when so many are calling for the industry to break apart into separate factions, we feel that the best solution is to step in and provide a practical way for there to be just one, FREE and INDEPENDENT governing body.  And we believe that we have proposed a workable solution to this matter.

Your acceptance of the above terms is expected by March 1, 2013 to GrowCheer@gmail.com so that we can make provisions for a seamless transition.