When Families Don’t Pay: 5 Things You Can Do 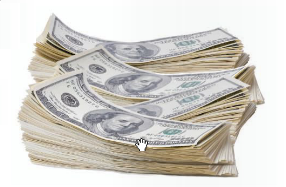 Cassandra Rice of Henderson, NV-based Cheercats has watched her gym, Gymcats, grow into a thriving business over the last 21 years. In 1992, Gymcats started out with a base of just 150 members. Today their current roster counts 1,500 clients with 220 athletes enrolled in nine cheer programs. Each week Rice’s clients pass through the front door for rigorous 90-minute tumbling, cheer and choreography workouts. For the casual observer, it’s a scene that might seem to come with ease. In truth, Rice works hard to strike a balance between managing a dynamic program and ensuring that families continue to support it.

Ever since the economic downturn of 2008, owners are finding they need to get a little creative when it comes to answering the question: what to do when clients don’t pay? Though on-time membership dues are one of the biggest challenges gym owners face, minimizing late payments is possible—particularly when solutions can prevent members from getting behind in the first place. Here are five tips that just might pay off:

Be proactive by contacting clients immediately. Facing the problem of delinquency head-on creates a devoted customer base, says Angela Havard Patton, owner and coach of Dallas-based Texas Cheer. With 160 kids enrolled in her program, Patton uses email and texting to remind parents and kids when fees are due each month. She also maintains a low monthly tuition rate, noting competition fees are paid separately. But when families encounter a rough patch, Patton offer solutions such as payment plans to help get clients caught up.

Rice has also found that “working with financially troubled clients pays off.” The collection measures at Gymcats are straightforward—she and her staff call unpaid clients on the 18th and 19th of every month to provide a friendly reminder: “We communicate that parents must respond by the 20th and 21st or their child will sit out.”

For clients unable to make full payment, consider volunteer options and work-credit opportunities. At Gymcats, some parents clean the gym in exchange for their children’s participation. Rice believes that some form of barter is necessary and that members must demonstrate a willingness to meet their obligation—she warns against comping or giving scholarships to financially troubled clients. “We’ve found that doesn’t work; especially when they [the client] show up with a new car,” says Rice.

Over the years, Rice has encountered a few families that have either been reluctant to consider work options or unwilling to pay altogether, but those instances have been few and far between. Overall, the approach has helped the gym retain clients long-term. “[In those instances], we lost only one child rather than the whole team,” says Rice.

Patton agrees that most situations are salvageable, estimating that “99 percent of the time parents want to pay.” During her gym’s tenure, only one family has not. “We had to let them go,” she says. “But I make every effort to help parents because if I don’t, it hurts the kids.”

Use a contract. Every year, Rice asks clients to sign a new contract. While this may seem overly cautious, Rice uses it to emphasize costs—not just tuition and membership dues, but estimated travel expenses associated with competitions as well as coaching and choreography billings. “It’s almost like sticker shock,” Rice justifies. “We don’t want any surprises, and we don’t want them to sign up for something they know they can’t afford.”

Contact a collections agency. Denise Olewnik, owner of Pennsylvania-based Keystone Extreme All-Stars, decided to use a collections company two years ago. “Collection works,” Olewnik says, adding, “It’s not personal.” But before this became her go-to method, Olewnik tested a number of strategies to encourage parents to pay.

She used to list delinquent client names on a secure, members-only website. While the practice was successful, it made parents angry. “We stopped because we would rather offer good customer service [than alienate clients],” Olewnik notes.

After that, Olewnik implemented a two-pronged approach. If tuition wasn’t paid during the season, kids weren’t allowed to practice until they were current. If, at the end of the season, they remained delinquent, kids were barred from tryouts for the upcoming year. However, she soon discovered clients would either stop coming or move to another gym.

Prior to sending a client to collections, Olewnik still favors sitting kids out as a means to encourage parents to pay. While using an outside agency to collect billings is effective when necessary, Olewnik warns it only results in receiving a percentage of the actual money owed. Thus, her advice remains: “Don’t let it go that far.”

Alternatively, hire outside help. With a full-time job as a special education teacher, Patton decided she needed help. “I hired an accountant to assist with collections,” Patton says. Her accountant positions herself at the front door during evaluations, and fees are collected before a child can take part. “Sometimes that’s tough,” she admits. “But it works.”

Involve other gyms. While Rice has never had to use a bill collector, she is not afraid to enlist the help of others. “In Nevada, gyms communicate with each other,” she says. “If a client doesn’t pay, their name is shared,” adding that other facilities do take note. Olewnik says there is a similar tactic in place in Pennsylvania but concedes it is voluntary and isn’t always followed.

Despite differing strategies, Patton, Rice and Olewnik agree that ultimately gym owners must work hard to maintain relationships and encourage on-time payments. “We realize people struggle,” Rice says, insisting she feels good about charging and collecting fees. “We know we have a good program and people have to be willing to recognize that and pay for it.”