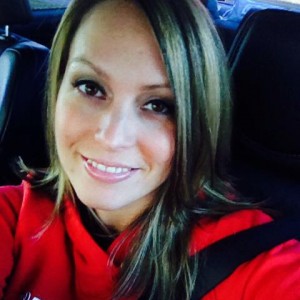 Less than a year after starting Twister Sports, co-owner Danielle Johnston has made the leap to full-time to foster her all-star gym’s rapid growth.

Debrief: Though the program began just a year ago, Twister Sports has grown rapidly to 300-plus athletes—necessitating a gym expansion and the full attention of co-owners Danielle Johnston and Angie Fritsch. In light of the enthusiastic response, Johnston quit her job of seven years in October to focus on the gym full-time.

The Dish: I’ve always been used to a very busy schedule, having worked full-time for the last seven years and also having gone to college for several of those years. My journey toward running an all-star program started in 2009, when I began helping a friend who coached rec cheerleading at our Air Force base. I volunteered that first year, running two squads with her. The following year, my friend moved away and the base offered me the contract.

After graduating college in 2011, I started devoting a lot more time to the program—adding dance to the curriculum and doing some major marketing efforts. By 2012, our enrollment had grown from six to 35 kids, and as a result, the local community center offered me a position. I started teaching cheer and coaching a competitive squad there; they were very supportive but we quickly outgrew the space. It was also missing a spring floor and the right equipment to teach tumbling properly.

The popularity of the community center’s competitive cheer program sparked the idea to start Twister Sports. I’d been dying to start my own gym, but had never really seen it as a possibility—there was already one other gym in our small town of 21,000, plus another dance studio. Once I saw that it could be a reality, I reached out to Angie [Fritsch, now co-owner of Twister Sports], who taught tumbling at both the base and the community center.

Together we had a combined number of about 100 students, and last January, we signed a lease for a 9,000 sq. ft. space in the back of a shopping center. I marketed like crazy on Facebook and through email, but tried to save any money for the opening expenses. I knew I’d have to keep working, and really, I didn’t start Twister Sports for the paycheck—anyone who knows anything about cheer doesn’t do it because it makes a lot of money. We do it because it’s what we love.

We opened the doors to the business in March, and by May, we had outgrown our new space completely. It had only been two months, but our program required major expansion. We got with the landlord and arranged to break down the walls to expand to our current size. On my end, the growth was exciting but also challenging, since I was working about 90 hours per week between the gym and my full-time job in public relations at the base. On top of the two jobs, I am also a reservist in the Air Force, so I was also balancing the requirement of one weekend a month for that. 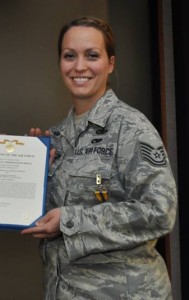 At first, it was really hard—the biggest challenge was finding time for the “easy” things. I have four kids, ages 3 to 10, and I still had to pay bills and wash dishes and do laundry; also, on top of all that, I have an obligation to stay in shape for the Air Force, and while cheer and tumbling are very athletic for coaches, they’re not the right kind of exercise needed for the Air Force.

The biggest thing that saved me was writing down everything and scheduling almost every single minute. I had to be extremely prepared in the morning to make sure I had everything for the whole day (from clothes for the gym to food for my kids). What I learned is that there’s no way to have a successful gym without sacrifice, and holding down two jobs is often part of that. One job pays you, and the other will take your money if you don’t do it right—both are equally important. A new business is a lot like a baby, so if you have a business partner, make sure it’s someone you could live with…literally. Luckily, Angie and I work extremely well together.

In October, I quit my full-time job at the base to go full-time at the gym. It was a big leap of faith, because [my former job] was fantastic with good retirement benefits—but I had to go with the job that made me happiest. Also, I believe that you get to a point where your business will plateau if you don’t go full-time to take it to the next level. We can’t wait to see where it goes!