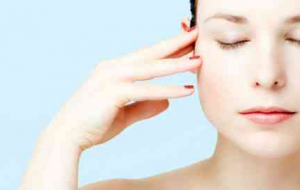 Minutes before taking the floor, an athlete crumbles: her heart rate spikes and her breath comes in quick, shallow gulps. While backstage is chaotic, her panic is centered on something else: what will happen next, performing in front of the crowd. As her coach, you’re not sure what to do before she walks onstage—calm her, convince her it’s just like practice or remind her to have fun. Sound familiar?

The hard fact is that helping young athletes overcome performance anxiety or move beyond mental blocks may be two of the most difficult tasks coaches face. The good news: both can be overcome. However, there are no quick fixes, notes sports psychologist Dr. Caroline Silby, Ph.D.

Anxiety can arise from any number of sources, whether it is a negative outlook about success, concern about injury or a fear of failing. The feeling is most potent when increased expectations collide with decreased confidence, explains Dr. Silby: “Another way to think about it: an athlete’s physical capability is ahead of her confidence.”

Aly Mantell, director of San Luis Obispo, CA-based Central Coast Elite Cheer, agrees with Dr. Silby, but takes it a step further. She’s encountered numerous athletes that were “afraid to move up,” even though they were more than capable. For one child, Mantell found that the solution was to have her attend one extra tumbling class each week. The difference: the athlete was more dedicated. Not only must athletes be capable, “they must want to get that new skill,” advises Mantell. “If they are committed, we can get creative and help them.”

Here are four ways you can help your athletes move past performance anxiety:

See it to believe it via visualization. Mantell accomplishes this by giving her athletes homework. “I ask them to visualize skill progressions at home, away from the gym,” she says, “and write down what they see, like where the arms are during a back handspring.” Mantell then reviews the written record of the image and redirects stressed kids to realize what they are good at and what they need to work on.

Karen Lundgren, a professional adventure racer and youth coach, also believes that visualization is highly effective—when done correctly. As a child athlete, Lundgren found visualization helpful, but not at first. “When I watched myself [during visualization], I made the same mistakes,” she says. “I had to teach myself to picture doing it [the skill] right.” Lundgren thinks this is an error coaches often make: asking a child to visualize without teaching them how to do it properly. She urges coaches to consider the consequences of flawed visualization, sharing that it can often “support self-sabotage.”

Lundgren also puts emphasis on how kids visualize, whether they see themselves as if they were “on television” or “through their own eyes.” While Lundgren concedes neither is wrong or right, she will ask athletes to switch it around. “As they become more aware of the differences, watching versus doing, they gain a better understanding of the power of visualization,” explains Lundgren.

While visualization is easier for older kids, it is often challenging for younger children. “It’s about sitting still,” Lundgren says. “That’s difficult; it’s new to them and you need to talk them through it.” But introducing the concept of “what is going on inside my head” is valuable at an early age. “It helps young athletes grow,” she adds, “because the mental aspect [of performance] is one of the hardest things to notice.”

Put a lock-step system in place to deal with apprehension. Dr. Silby advocates creating a “contract” of sorts with athletes. Her theory is that having an agreed-upon method for execution will prevent the escalation of emotions—both by athlete and coach.

For example, the arrangement could allow an athlete three attempts to do a skill. If an athlete does not perform a skill successfully, he or she must stop and perform an agreed upon action or set of actions (such as attempting another skill or performing any number of measures that serve to clear the head, such as tensing and releasing).

“Allowing an athlete to work through fear in a systematic way begins to produce momentum to move the athlete closer to making up her mind to work through the situation that is making her anxious,” says Dr. Silby. Athletes can concentrate on what they are willing to do as opposed to drawing attention to what they are not willing to do. “The pattern of ‘not going’ is interrupted with a moment to refocus,” she adds.

Mastery over anxiety is achieved by acknowledging mental strengths. “We all possess mental strengths,” Dr. Silby says, “but children very often are completely unaware of these strengths or how they contribute to performance success.” Dr. Silby explains that identifying these assets is essential, as it helps athletes recognize how they control their own performance levels and teaches them to make use of their strong points.

To do this, Dr. Silby recommends what she calls “accomplishment exercises.” For one week after each practice, coaches ask athletes to write down three accomplishments and one action that contributed to that success. This provides an athlete with evidence there is a connection between actions and outcomes, notes Dr. Silby. It also gives adults an opportunity to mention what they noticed. “I saw you take a deep breath and refocus before completing that skill,” Dr. Silby offers as illustration.

Coaches must remain engaged. Dr. Silby calls this “being in it,” saying that coaches can often get frustrated by athletes’ mental blocks and withdraw from the process.

However, engagement doesn’t necessarily mean talking about the issues, she cautions; rather, dialogue should be kept to a minimum. Instead, staying “in it” means helping an athlete “navigate the emotions he or she is experiencing in that moment.” This could be as simple as moving them past frustration to calm down or encouraging the use of breathing exercises to relax. The effect: athletes again make that connection between their own actions and execution of positive results.

No matter your preferred method, arming kids early on with the power to overcome anxiety is as important as proper technique and, as Lundgren shares, “teaching them to enjoy all the steps to get there is invaluable.”