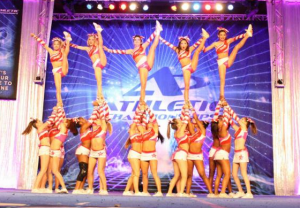 Did you ace our industry quiz? Enhance your knowledge even more with our comprehensive timeline of industry trends and innovations—from rebate plans to stay-to-play to custom uniforms—and find out how they came to fruition. (Please note: this is a living document! We are continually updating and adding more information. If you would like to add updates to our timeline, please email us at info@thecheerprofessional.com). 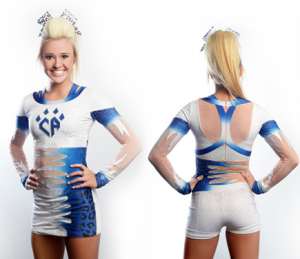 1999 — Teamleader launches its line of custom uniforms made in the U.S.A.

2011 — Spirit Celebration comes on as partner for “Cheer for Charity,” a free competition in Waco, TX benefiting cancer research co-hosted by Heart of Texas all-star gym 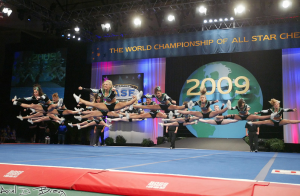 2008 — JAM Brands and NLCC (Epic Brands and Spirit Brands) collaborate to rebrand and reimagine Final Destination as The U.S. Finals

2013 — GSSA signs onto the U.S. Finals team to produce its West Coast event

2013 — Varsity debuts The Summit, an all-levels national championship, to replace the International All Levels Virtual Championship 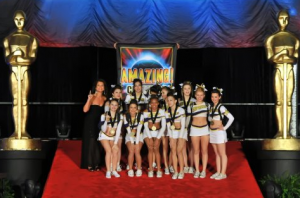 2012 — Spirit Celebration launches AMAZING Championships, where teams compete to benefit a charity of their choice and get to promote their cause on the red carpet

2014 — Spirit Celebration debuts the Crown Jubilee, a “royalty-themed” end-of-year event with a masquerade ball/awards ceremony the night before the competition and a red carpet at the event

2013 — Epic Brands debuts The Reveal, The Debut and Future 5

New on the Scene

2010 — Twisted Spirit expands its focus beyond choreography to start offering events, starting with the Twister Treat event in New Zealand and Makin’ Noise for Toyz in Bloomington, followed by the launch of custom “3D events” (with live performances by Kickfull band) in 2012, and Unplugged (smaller-scale events) in 2013