State of the Union, Part 1

CheerProfessional tapped four of the industry’s cheer leaders for a spirited panel discussion on our industry and its future. 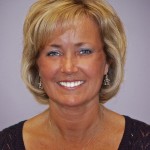 In your opinion, what have been the most significant changes or advances we’ve made in all-star cheerleading to date?

Puckett: The best thing that’s happened over [my] 16 years [in the business] is the USASF forming and having the NACCC to work with them—having guidelines to make us a legitimate sport and help all the companies keep things on the same page. It’s given us the structure we needed.

Newby: Worlds has had a huge impact, especially from a recognition standpoint. In some gyms, it’s become such a focus that it’s had some unintended consequences—kids and parents so focused on trying to find a Worlds team to be on, even if it means switching gyms. It’s like the NCAA tournament: you end up with 20 top teams that everyone knows, which you could equate to mega-gyms. For some, their primary goal is to make it to the big dance, and that exists for Worlds in some ways. It might be time to balance some of the attention given to high-level programs that are mega-talented. To address that, we’ve developed The Summit, a more prestigious year-end event geared toward teams that are in non-Worlds divisions. So far, the response to this event has been incredible.

What have been some of the setbacks from your perspective?

Newby: Having too many divisions/levels/competitions leads to an overall lack of competition. Competition gets watered down and becomes more like an exhibition; teams get spread too thin. You end up with competitions across the country where you have a single team in one division not competing against anyone else. In the end, if we want all-star to be considered a sport, you have to measure your skills against teams of equal [level]. It’s an issue that needs to be addressed.

Kessler: As the sport got more competitive, many gym owners, parents and athletes said, “I want to be number one.” [In light of that trend], the Level 2 Youth athlete who enjoyed working on back handsprings was now pushed to be more results-driven. It became more about having to be successful for fear of losing kids to the gym across the street and less about providing a fun, athletic and educational outlet for the athletes. Kids started getting out of the sport and I feel a main reason was it wasn’t as fun for them as it once was. Cheer is the one sport that does not “cut” athletes.  We have a place for every child and we should embrace that more.

What are your thoughts on the current state of the economy and how that has affected—and will continue to affect—gyms?

Fettig: I think the economy is going to get much worse. Gyms really have to seriously look at how to keep their programs affordable. What we’ve been doing at Indiana Elite is trying to make programs in our gym affordable to more families. One of those solutions has been starting half-year programs. Also, along with national traveling teams and regional teams that go to surrounding states, we have teams that only compete locally and exhibition teams that don’t compete to keep fees down. It’s important to eliminate barriers to entry—if you’re a program that’s just doing large competitions and traveling, it’s very hard for families to afford that. Get them excited about cheer at a relatively inexpensive level, and once they understand what it entails, they’re ready to take the next step.

Puckett: Gym owners had to be more creative with their resources and not just count on children walking through the door; it became important to offer different things such as birthday parties and other activities. About three years ago, I saw some definite slowdown, but interest overall is increasing back upward. It’s partially the rebound of the economy, but also us being more creative. Our half-season teams have tapped into a whole different market, appealing to the beginning athlete and people coming from rec teams.

What trends do you see coming down the pike as far as events?

Fettig: Whenever competitions ask for feedback, I press hard to give us what’s really necessary. Stop giving free giveaways, take out the extras and focus on what’s important—spring floors, raised stage (in some cases) and equipment in the practice room. All of the extra goodies are not nearly as important as quality judging and ample teams to compete against. We can forego the “lights, camera, action” if we get those two pieces.

Newby: At the same time gym owners and parents are feeling the pinch, event producers are under significant stress. Event producers are seeing increased expenses from the venues, as well as shipping and transportation costs. It’s a huge challenge to try to manage through these tough economic times and keep from taxing these parents and gyms. We’ve spent a lot of time over the last couple years digging into cost-saving opportunities. How important are giveaways and trophies and banners? It’s been a highly sensitized issue for us. We’ll do everything we can to manage our costs and keep from passing that on through the customer.

Any thoughts on judging and scoring?

Fettig: Our coaches have felt that in trying to work toward the grid and be more objective in scoring, they’ve taken out the ability to be creative in the routines. I believe event producers have to continue to develop their scoresheets so that there is a good balance between objectivity and creativity.

Newby: As partners with the gyms, the best thing for the industry in the long-term is a modified universal scoring system. It makes sense to me to move in that direction eventually, as long as there are some variables; some event producers can decide on whether the percentages are applied to pyramids and stunts. I think it will take time. It’s not an easy flip of the switch, but I know there are some really intelligent people who are talking about options to be considered. 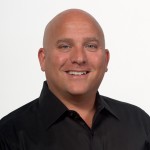 Kessler: As the sport became more competitive and results-driven, coaches began asking for a more rigid scoring system. They wanted to know, “If I do this, will I score here?” They asked for less subjectivity and a scoring system that was more black-and-white—so this was reflected in scoring systems across the industry. In the past two years, there has been a new movement. Coaches are now asking for scoring systems to allow for more creativity. They feel the routines have become too “cookie-cutter” and they’ve lost their showmanship. Our industry is market-driven, so we have always listened to our customers. I think some coaches and owners believe that, as event producers, we just create our scoring systems without any input from our customer base. In fact, we do talk and poll tons of customers before we make any changes, as we understand that they are the ones that will really be affected.

We seem to be in an era of more USASF rules and regulations that are causing some divisiveness. What’s your take on that?

Newby: With any governing body, there are going to be conflicting and varying opinions on just about every issue. The organization is young, dynamic and still developing.  When all-star started, there were no rules or regulations, very little organization and few, if any, guidelines—it was the Wild West. Obviously, change is difficult, but necessary. You’re not going to please everyone, but the people working on this are in it for the right reasons and are looking out for the kids. A more unified set of rules has helped to make the sport legitimate and created a strong foundation to take all-star cheerleading to the next level.

Kessler: When you have more rules and regulations, that lessens your ability to be creative and entrepreneurial. We have to allow our sport to foster growth and be creative. If it becomes so strict that a gym owner says, “Man, I can’t be creative because I can only do XYZ,” how good is that? We always get compared to gymnastics—let’s stop being compared. Let’s be a fun sport that isn’t so structured and rigorous.

Fettig: I understand the concept behind the governing body wanting the image to be better for the sake of industry growth. But if you’re going to put rules in place, you better be able to police them. Otherwise it will just lead to a lot of bickering. If they’re not policing it, I’m not sure why it’s being put in place. What are the ramifications of not following [them]?

Read Part Two of State of the Union!

‹ Suit of Armor: Warding Off Lawsuits › State of the Union, Part 2