For the third year in a row, CheerProfessional tapped three of the industry’s cheer “leaders” for a spirited panel discussion on our industry and its future. Check out Part One here, and read Part Two below! 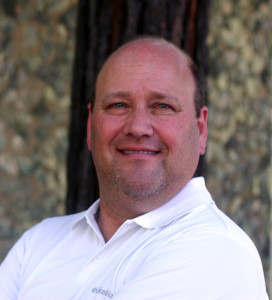 There’s also been quite a backlash against stay-to-play.

Bergue: The stay-to-play thing has two sides to the story. It’s unfair to me as a gym owner who has worked very hard to set up my families so I can make it cheaper. But when I take my “gym hat” off and look at it from the big picture, I see why the companies had to do it—they need to keep their event alive. However, since those companies get a kickback, I believe they should compensate gyms in some way or provide incentives, whether it’s a free room or a set amount per athlete.

Roesel: We had to drop a couple of big stay-to-play events because our parents could no longer afford it. However, the Summit competitions this year have been tripling and quadrupling in size, which allows us to compete locally. We can drive an hour and a half away to a big city and still hit a Summit bid.

Sims: Our competition doesn’t have a stay-to-play policy. At our 350-team national championship in Las Vegas, teams can stay at any resort that they choose; the majority of teams do stay at our host hotel, but are not required to do so. I don’t think it helps the industry to force teams into stay-to-play, but you have to understand a company’s reasoning behind it. When you have a 500- or 600-team event and you’re taking up all of 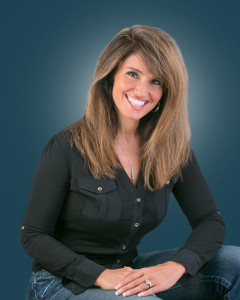 the hotel space, you’ve got to give up some of that flexibility. It’s not like this is happening only in cheerleading—it’s happening in a lot of sports.

How do you feel about the possibility of splintering into Division One and Division Two?

Bergue: When we started our gym 20 years ago, we were pretty much the only gym this side of the Mississippi besides Cheer Athletics. We could make all the mistakes we wanted; there were no other gyms to take our kids away. Now, in our area, I can name 15 gyms within a half-hour of my gym. I do think our industry is changing and we need to change how we look at it. [Having Divisions One and Two] could help everyone—big gyms and small gyms—in the long run.

Roesel: For everyone to be successful, we all have to have competition. Division Two could help small gyms grow—as long as they still have the opportunity to step into the Division One market if they want. Cherokee Greendeer is a great example of a small gym [owner] that prefers to go head-to-head with large gyms. Smart gym owners will be able to use [these new delineations] to their advantage; they’ll be able to market to their customer base strategically.

What do you feel are the growth areas right now? 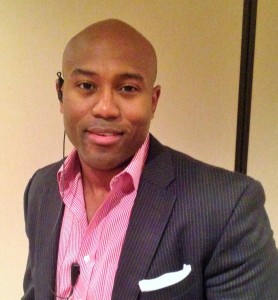 Bergue: I think all-star cheer as a whole in the U.S. has hit a bit of a plateau; we’re not seeing a lot of growth like we were three years ago. Everyone is doing well, but right now it’s more predictable. We can predict it a lot better now than five years ago because it was growing so fast [then]. However, I do believe that all-star is booming internationally. I’ve been fortunate enough to go to different countries to teach clinics, and it is growing like wildfire internationally. Besides myself, I can name at least 10 other choreographers traveling internationally, and there are coaches and all-star gyms being hired like celebrities to go abroad.

Roesel: A lot of gyms are finding success with all-star prep; at Midwest Cheer Elite, it’s huge—we have more than 150 kids doing all-star prep. Gym owners are starting to realize they’ll have to tap into other markets of kids that don’t have the time or finances to be on full travel teams. Anything that we do that doesn’t involve the time commitment or cost seems to attract people. For instance, our Totally Tiny team for 2- and 3-year-olds just started two weeks ago and we already have 50 signed up, which is insane. Things are trending younger, and rather than pushing people to full travel teams, gym owners are realizing there are other markets.

Any final thoughts on the state of our union?

Roesel: I see a big trend happening with integrity, which is making everyone accountable. Whether you’re a gym owner, event producer, music producer or choreographer, people who aren’t delivering product are getting called out on social media. All it takes is one negative [complaint] to be shared on millions of walls. Social media is definitely helping the integrity of our industry.

Sims: I predict some changes going on with the World championships. Worlds has been in Orlando in the same venue for the past decade; I can see [cheer professionals] wanting to infuse some new life and energy into that event. Also, there’s a movement towards gyms being profitable and successful without having to have a Level 5 team and go to Worlds—end-of-year programs are allowing that to happen now. Whereas you used to not be considered an upper echelon program without Level 5 or 6, now we see programs achieving that [status] without offering those levels, which is great.

Bergue: As the new NACCC chairman, my number one priority is making sure athletes are safe—doing anything I can do to make our scoresheet better, make gyms accountable, make the rules good for everyone. Our sport is now labeled the most injury-prone; we have to get rid of that stigma and figure something out. Athlete membership is a good way to start, because we can track their injuries; we can do so much more with a database. It’s all about the kids and their safety.