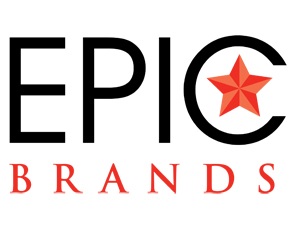 What does it take to make it to the Cheerleading Worlds each year? From tryouts to the final flight of the season in Orlando, FL, we got the scoop from a few EPIC coaches that are headed to the 2013 Cheerleading Worlds: Fame Super Seniors Coach Phil Logan and Pro Athletics Coach Jason Graham.

Try-Outs
The first look at what the new season might have in store for your Senior Level 5 team starts at the summer tryout. This is the first time you have all your returning veterans, new athletes and those athletes that are ready to take the next step to being on a level 5 team. As a coach, keeping in mind that all your teams are just as important, making the decision of which athletes make up each team is the first battle. There are some tough decisions, but there’s a reason why you’ve been given this decision to make—and these decisions play a key role in determining if your teams can grab the coveted Worlds bid.

First time on the floor
As a coach, this is the first time you get to see if the team you picked might have what it takes to be a 2013 World Champion. As an athlete, the pressure starts here. Not only to impress your coach and keep your last tumbling spot, but also knowing that your video will go global in a matter of minutes. The pressure then swings to the coach.  After seeing how your athletes stack up, you are now in control of your team’s health, positive attitude and getting them to the right event with the right bids.

The Paid Bid
Not only do you have to win a bid to Worlds, you also want to win the bid that pays for everything! Talk about a happy parent that does not have to pay a dollar for their athlete to compete! Picking the right event to win a bid is sometimes just as tough as picking your uniform. As a coach, you want to go for a paid-bid, but know these are limitedly given throughout the season.

Going for Gold
Over 10 months, you practice to win a bid, win a bid, practice to win Worlds and then win Worlds. It is the yearly cycle of a World bound team—from the exciting new Worlds sports bras to the craziest superstitions picked up along the way. You have created a bond between 20 to 36 completely different cheerleaders. The excitement of flying as a team, practicing outside in the Florida sun and competing in a packed arena at the Wide World of Sports adds up to be the most impactful weekend of these athletes’ lives. They will remember that road to Worlds for the rest of their lives…or at least until the following season, when they do it all over again.

The Info on Incorporating